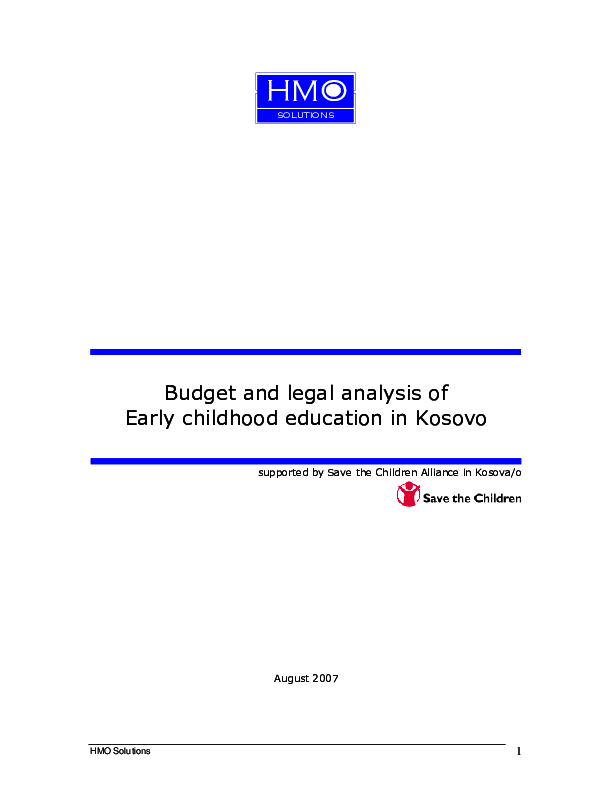 Budget and legal analysis of Early Childhood Education in Kosovo

Projects of Save the Children in Kosovo/a (SCiK) in education are aimed to improve the situation of children and children’s access to inclusive education, particularly pre-school education.This budget analysis on early childhood education and care services published by Save the Children in Kosovo/a, provides a mapping of the general budgetary processes at central and local level, and the allocation of funds between them. It clearly outlines the roles and responsibilities of budget organizations involved in budget allocation at the central and local levels – including the Ministry of Economy and Finance (MEF), Ministry of Education, Science and Technology (MEST), and municipal governments. It also analyzes the current legal environment for the provision of early childhood education and describes in detail the cycle for adoption of legislation in the Kosovo Assembly and its promulgation by Special Representative of Secretary General (SRSG).  The report further describes the methodology used and the limitations of the study, providing a detailed budget analysis, including revenue analysis, budget formulation for education in Kosovo and budget expenditure. Section three of the report  reviews current  provision of services in the field of early childhood education – including evidence from field visits in selected municipalities – and the fourth section analyzes the legal framework for pre-school education in Kosovo and describes the law approval cycle in the Assembly of Kosovo.

Conclusions and recommendations are presented in the last sections of this report.

Budget and legal analysis of Early Childhood Education in Kosovo 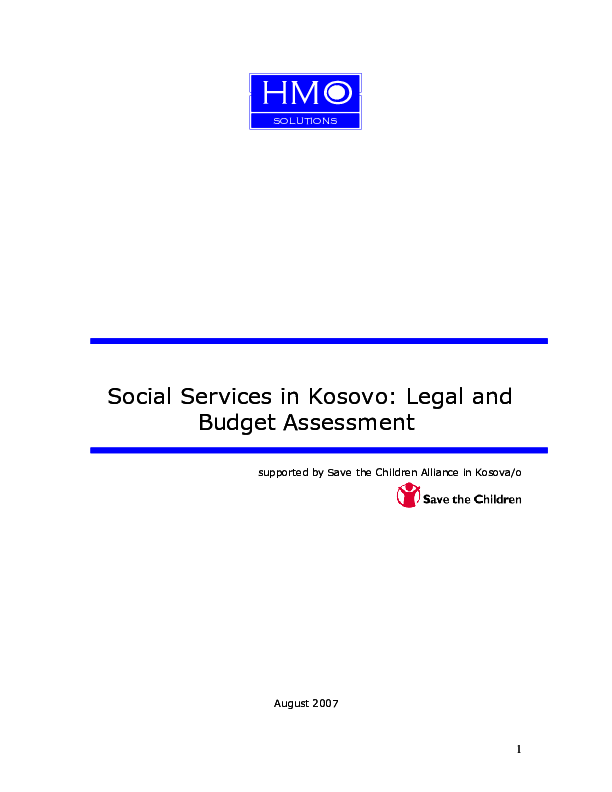