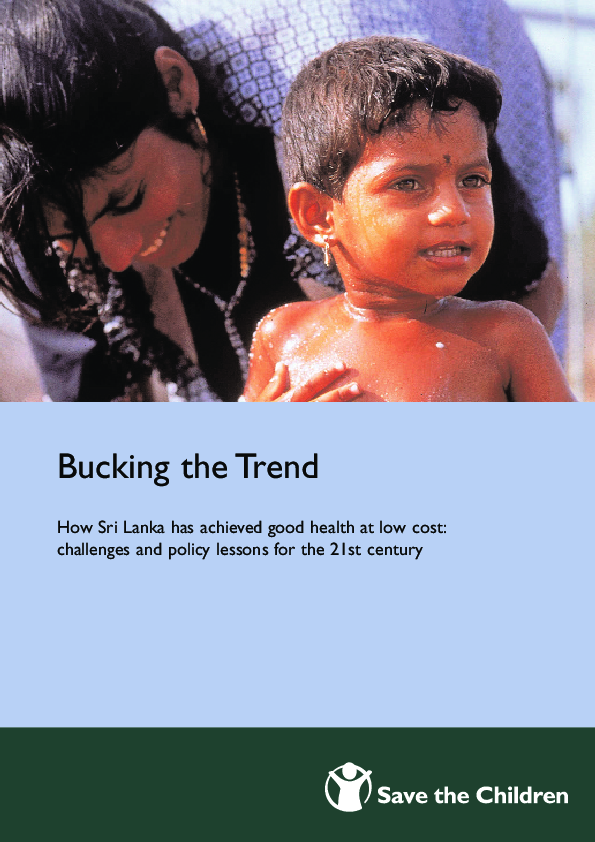 Bucking the trend. How Sri Lanka has achieved good health at low cost: challenges and policy lessons for the 21st century

There is growing concern that the Millennium Development Goals (MDGs) for child
and maternal health will not be met by 2015 – reducing the under-five mortality rate by two-thirds – recharging the debate on what is required to achieve them within the framework of the eight international development goals that all 192 United Nations member states have agreed to achieve by the year 2015. Considerable attention has been paid to the Sri Lankan example on child and maternal care and this paper investigates the factors that have contributed to its achievements in order to see what can be learnt for the benefit of children elsewhere and to consider how these achievements can be sustained when threatened by new challenges. In certain key areas it can be seen that the policies adopted and implemented by the Sri Lankan government have been and in some cases still are at variance with those proposed and widely followed in the general pursuit of the MDGs.

Bucking the trend. How Sri Lanka has achieved good health at low cost: challenges and policy lessons for the 21st century