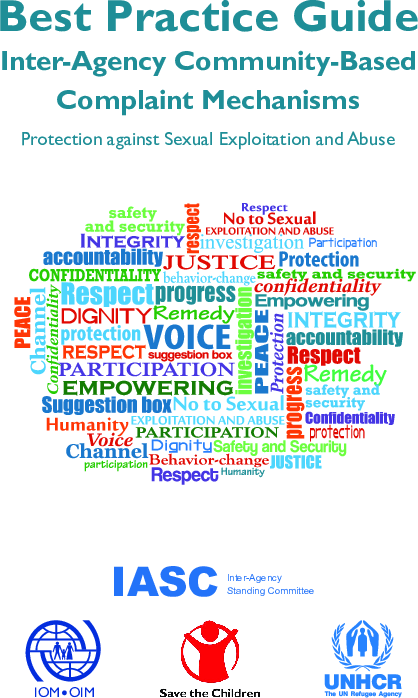 This Guide gives instructions on how to set up and run an inter-agency community-based complaint mechanism to handle reports of sexual abuse and exploitation by humanitarian aid workers. A Community-Based Complaint Mechanism (CBCM) is a system rooted in community input so that the structure is both culturally and gender-sensitive, maximizing its safety and effectiveness. The primary concern of the mechanism is to aid known and potential Sexual Exploitation and Abuse (SEA) survivors, facilitate SEA reporting and allegation referrals, and to fulfill a prevention function through training and awareness-raising. The inter-agency aspect entails that the mechanism can receive complaints against actors from multiple organisations, and that the complaints will be referred to the proper unit within each organization for follow-up. Altogether, the CBCM is a relevant and efficient means of comprehensively responding to SEA in an emergency response operation. 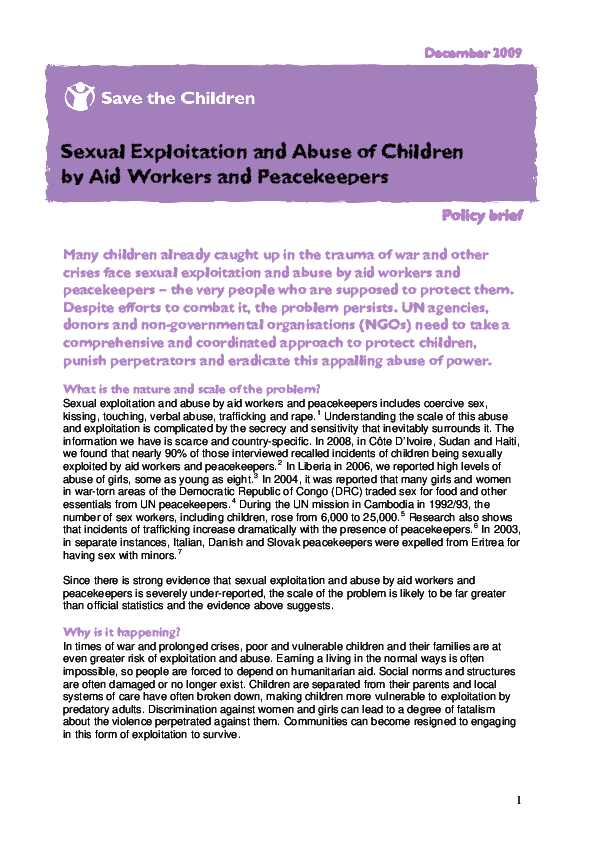 Sexual Exploitation and Abuse of Children by Aid Workers and Peacekeepers....