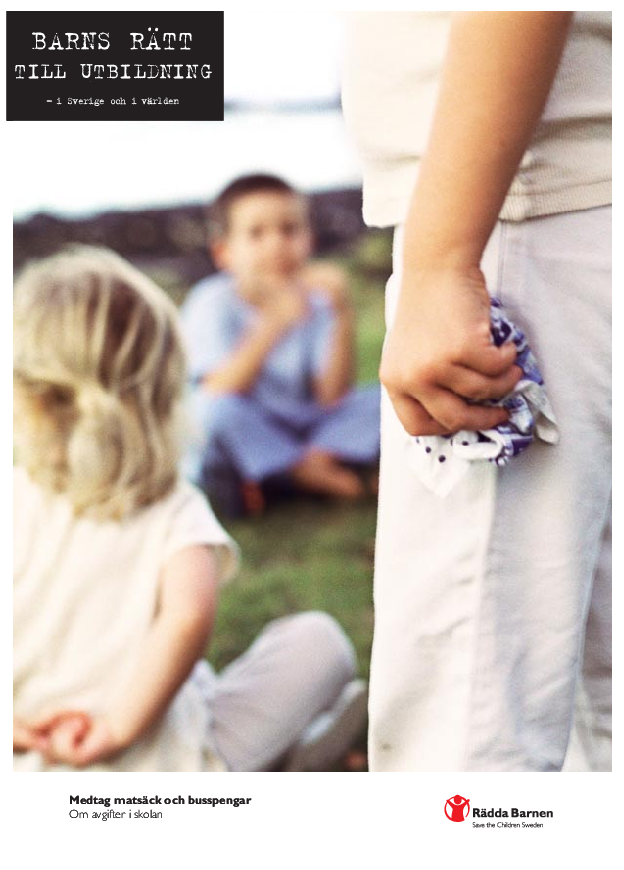 Barns rätt till utbildning – i Sverige och i världen

A report on children’s right to education. Save the Children Sweden has for many years been involved in issues surrounding child poverty and development. In 2006, 240 000 children were living in poor households in Sweden, and they have their own perception on how it feels to live in a poor family. From the discussions that were held with children and parents from economically vulnerable households, it became clear that the extra fees charged for school outings were the most difficult to handle. School is free of charge in Sweden but fees are taken for activities and outings during school time. Expenses like these can be impossible for a poor family to pay. Hopefully, child poverty is an easy-to-solve politicial question in Sweden, but it has not had enough priority.

Barns rätt till utbildning – i Sverige och i världen