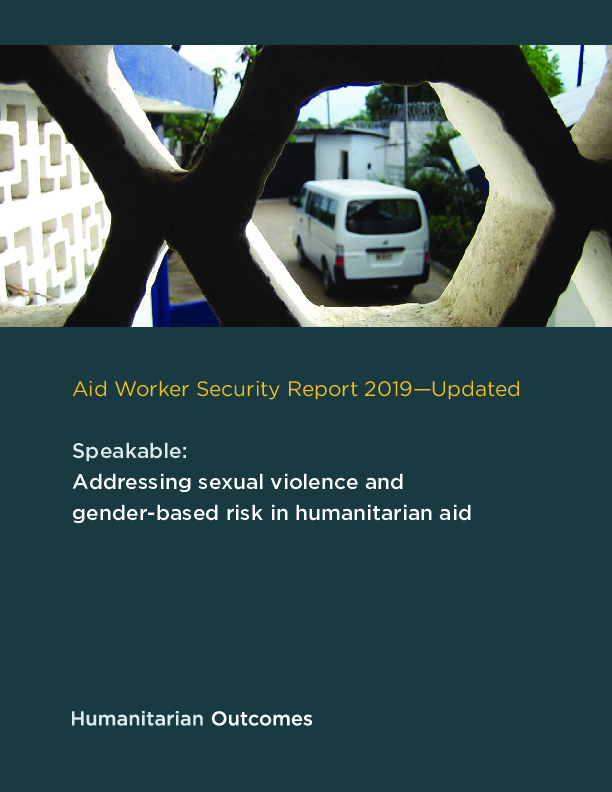 This Aid Worker Security Report 2019, describes how violent attack rates have risen for both nationals and internationals, however, the rate increase has been steeper for national staff than for their international counterparts. The report describes how men are more likely to be victims of shootings and aerial bombings than women, while women are slightly more likely to be victims of bodily assault. The biggest difference between male and female victims in terms of attack type, however, is sexual violence. The growing divergence between national and international victims is indicative of humanitarian access constraints in the high-risk, recent conflict driven emergencies. In these settings, aid is increasingly reliant on national partner organisations. The effect is one of risk-transfer to local partners in an unintended form of ‘localisation’ which raises pressing questions about the security risk managment afforded to local actors.