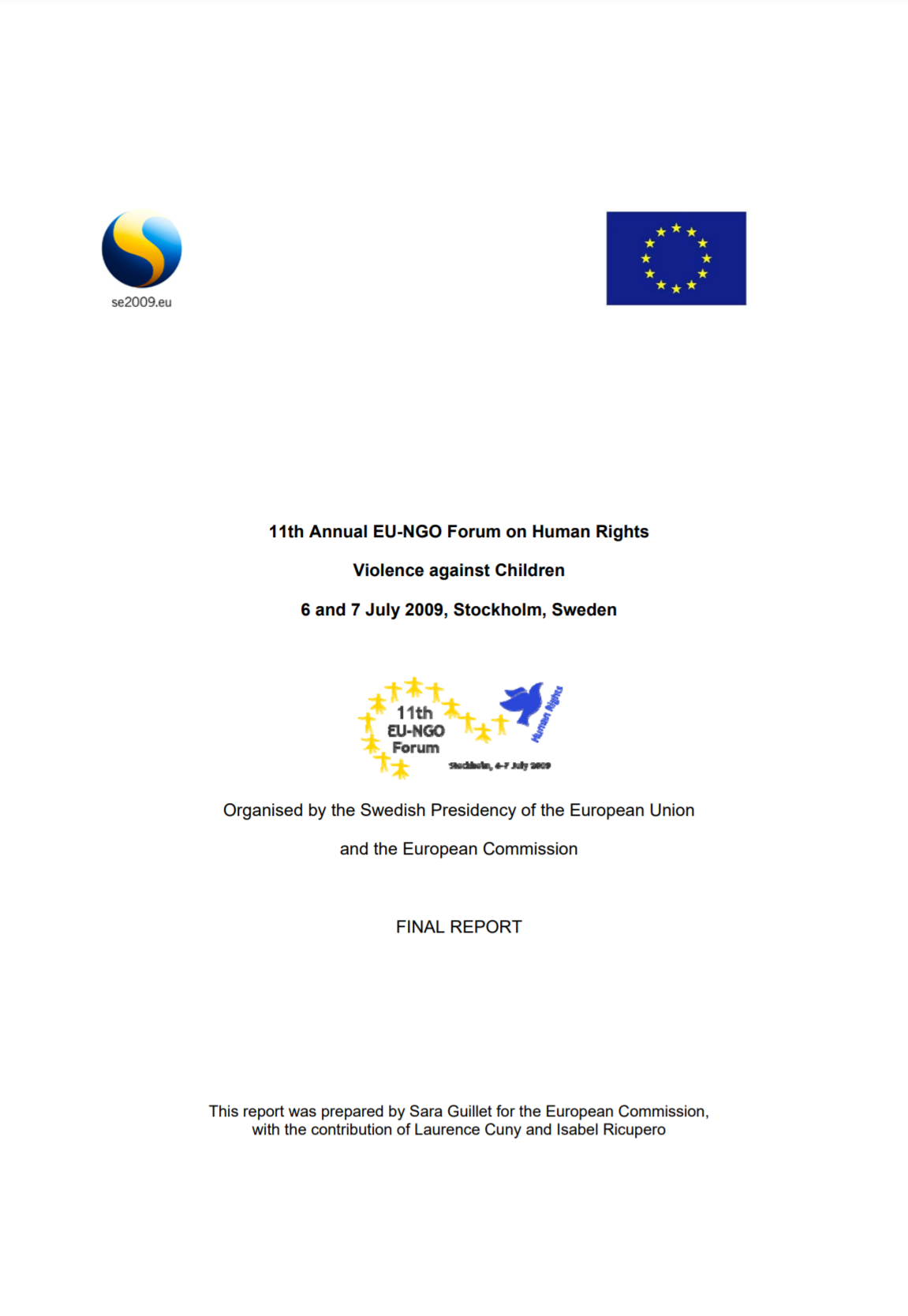 Final report of the NGO Forum on Violence Against Children that took place in Stockholm 6-7 July 2009. A number of NGOs and experts from around the world met in Stockholm, together with representatives of the EU and the UN, to discuss violence against children from a human rights perspective. This NGO Forum – which takes place annually – was organized together with the European Commission during the Swedish Presidency of the EU, and was attended by around 150 delegates, including 70 NGO representatives, 15 representatives from 11 EU Member States and representatives from the European institutions. Keynote speakers boasted several well-known experts in children’s rights, among them: The UN Secretary-General’s newly appointed Special Representative on Violence Against Children, Marta Santos Pais; The UN Secretary-General’s Special Representative for Children and Armed Conflict, Radhika Coomaraswamy; Chairperson of the Committee on the Rights of the Child, Yanghee Lee; and Secretary General of Save the Children Sweden, Elisabeth Dahlin. The key messages presented by the speakers included appeals to continue the legal reform work to prohibit all forms of corporal punishment in all settings including the home, to identify best practices and lessons learned in combating violence against children and to increase the coherence between EU external action and EU/MS internal policies on children’s rights, including children representing minorities. A note of concern for the effects of the ongoing financial crisis on combating violence against children was also raised. An appeal was made for better coordination between the multilateral institutions.