Paraguay - The 50th state to ban corporal punishment of children

Now Paraguay has enacted a law that prohibits physical and humiliating punishment of children in all settings. This is a great step forward in the efforts to end the most common form of violence against children in Latin America and the rest of the world.

The past years have witnessed extensive global progress towards the universal prohibition of physical and humiliating punishment of children. More than half of UN member states have now achieved a full prohibition or have expressed a commitment to doing so. Protecting children from violence is an explicit obligation set out in the United Nations Convention on the Rights of the Child and its Optional Protocols. Prohibiting physical and humiliating punishment establishes the right for children to enjoy their dignity, physical and psychological integrity, as well as their right to quality education, development, and health.

50 countries with prohibition of corporal punishment of children. Illustration: The Global Initiative to End All Corporal Punishment of Children

The new law prohibits the use of physical and humiliating punishment of children in all settings. The new legislation is in part the result of five years of intense advocacy efforts by Save the Children and its partner Global Infancia.

“The region is making substantial progress in banning physical and humiliating punishment and this is a great achievement for children in Paraguay.  Every time we achieve a complete ban, we come one step closer to our breakthrough that violence against children is no longer tolerated,” says Rocío Valencia, regional child protection representative in Latin America and the Caribbean.

Paraguay is the 10th state in the region to enact a complete ban on the practice in all settings, including homes, schools, and institutions. Two more countries currently have proposals in the process of filing or approval by congress: Chile and El Salvador. The Latin American region is working on the following main strategic areas: promoting a legal ban, changing public attitudes, and promoting the development of public policies and government programs to support the implementation of the ban through positive discipline methodologies. 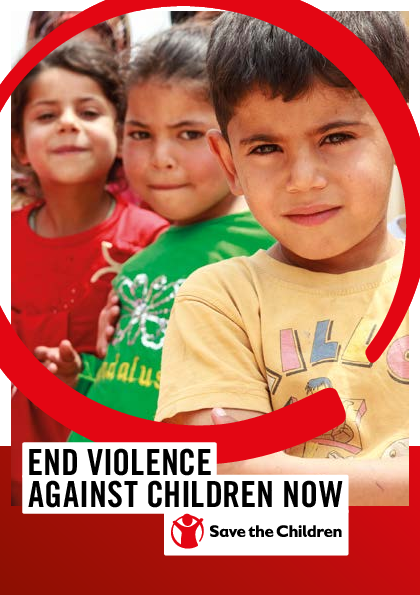 The year 2015 has witnessed extensive progress towards universal prohibition of physical and humiliating punishment of children, more than half of UN member states have now... View Full Abstract

Examples where public education on corporal punishment have been particularly successful include countries like Peru and Brazil, where Save the Children has strong partnerships with civil society and public, high level officials and celebrities. In Costa Rica and Peru, Save the Children has a close alliance with the Ombudsman for children and has formed strategic relations with key government bodies such as the Ministry of Health.

“Only in the last five years, seven countries in the region have made this kind of violence illegal. We look at what is happening in Latin America with excitement and expectation, but we are also well aware that our work does not end with legislation. Implementation and enforcement of the new laws are critical in order to guarantee real changes in children’s lives,” continues Valencia.

Many factors contributed to the success in Paraguay, two of which were children’s active participation in the process and Save the Children’s partner Global Infancia’s knowledge about the Paraguayan context.

Prior to the ban, Global Infancia had performed a large survey in Paraguay, which shows that corporal punishment of children is widely accepted and often considered a ‘family affair’ that should not be governed by national law. This knowledge led Global Infancia to keep a low profile and start by informing and educating Members of Parliament and the various committees that would evaluate and eventually pass the bill. Children around the country played an important role in this process by sharing their input on the law proposal through consultations. An elected group of teenagers went to the Parliament to share their own experiences and views of physical and humiliating punishment. The meeting had great impact on the legislators who showed a strong interest in their participation and views.

“A hit is always a hit,” said one of the participating teens when discussing if there should be different rules for slaps or light spanking in contrary to hard hits or beatings. “It is always better to show with examples, without hitting,” said another teen. 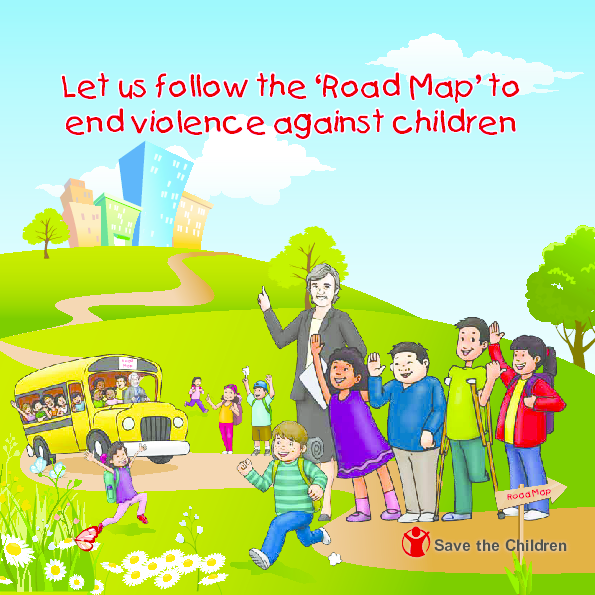 Let us follow the “Road map” to end violence against children

A Save the Children publication specially prepared for children and adolescents on the follow up work on the recommendations of the United Nations Study on Violence against... View Full Abstract

With the passed law, a new process begins in Paraguay: the process of implementation. For this to happen successfully, it will be essential to work with cultural change and social norms in order to change attitudes and behaviours.

“We need to see change on two levels,” explains Benítez; “on one level we need awareness-raising campaigns and forums for debate and reflection in parallel with trainings on positive discipline as an alternative way of raising children, and, on a different level, an effective inclusion of positive discipline in public policy.”

The road leading to the ban was not free from obstacles. One of the biggest challenges was to convince a legislator to initially submit the bill and start the legislative process, assuming the risks of driving an unpopular and controversial proposal in a context that was politically unfavorable for progressive legal proposals.

And when the bill was returned for further evaluation after having been discussed in the first chamber, everything became uncertain.

“At that time we felt truly discouraged. But leaving the process was not an option. With persistence and creativity, we found a way to revive the proceedings and sanction the bill, says Marta Benítez Carrillo, Director for Global Infancia.

“Thanks to the sustained technical and financial support from Save the Children along with the continued work with our close allies and partners we had the perseverance to keep going. Seeing the legislative advances in other countries in the region also helped motivate us,” continues Benítez.

Cooperation with international actors and organisations, as well as the joint effort between civil society and the state, strengthened the process. As an example, cooperation with the National Commission of Comprehensive Care for Violence Against children was particularly successful. The National Commission consisted of representatives from a number of stakeholders and allowed for a collective construction of the bill and a joint effort between civil society, state and international cooperation, enriching and strengthening the process.

Along with providing funds for Global Infancia, Save the Children contributed to the process through the production of research, sharing knowledge and experiences, engaging stakeholders and enabling support from experts. All of these actions happened within the framework of the Regional Program located in Lima, Peru. For Global Infancia, the lessons learnt from the partner organisation Paniamor in Costa Rica turned out to be some of the key contributing factors in the process. Other important partners were Marta Santos País, UN Special Representative of the Secretary-General on Violence against Children, Peter Newell, founder of The Global Initiative to End All Corporal Punishment of Children and the Global Movement for Children in LAC (MMI-LAC).

To countries that are about to embark on the journey to achieve a ban on corporal punishment, Benítez emphasizes the importance of knowing the cultural context and being persistent.

“Know your context! It is essential to know what favorable and unfavorable forces are present and based on that define the action strategy. You have to know the perception of different stakeholders and identify key allies. Be persistent, flexible and resilient! You will likely need to adapt and re-adapt to the changing demands and situations of the political scene.”

She also emphasizes the importance of working together with other organisations and stakeholders.

“It is important to know that one is not alone in this effort, there is a global movement for support at key moments.” 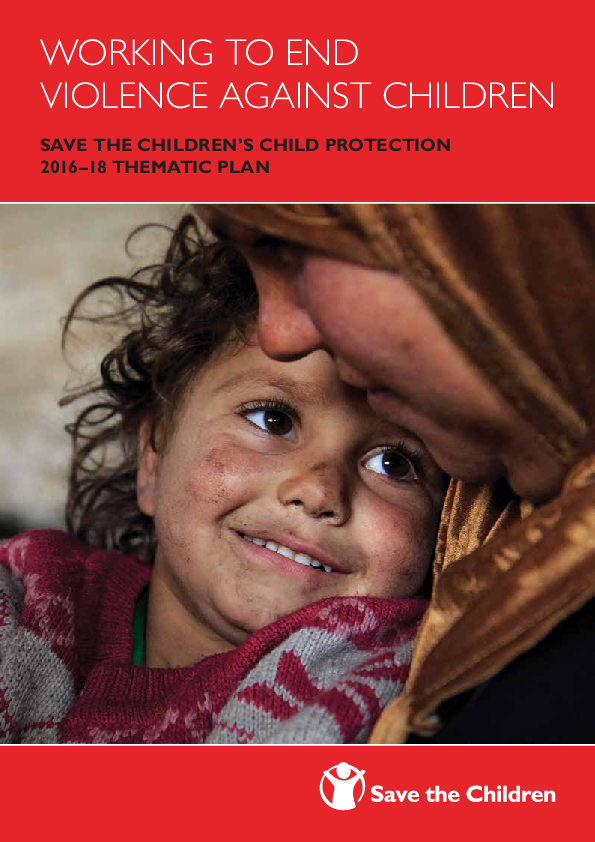 Paraguay is showing a clear commitment to ending all forms of violence.  The approval of this law sends a powerful message to other countries on the political will that the country has shown to become a “pathfinder country” within the Global Partnership to End Violence Against Children. The Partnership is a new multi-sectoral and multi-stakeholder platform that will convene, support and coordinate efforts to implement the Sustainable Development Goals and the target 16.2 and other targets related to violence against children. The Partnership will support a small group of pathfinder countries that have demonstrated a strong commitment to accelerating efforts to make children safe from violence. These countries – spread across the globe – will act as the bedrock of the Partnership, demonstrating that violence can be prevented with an emphasis on innovation, delivery at scale and the sharing of knowledge. Learn more about the Partnership here.

Video: “Can you imagine a world without violence against children? Children can” Produced by the Partnership to End all Violence Against Children

Video: “Can you imagine a world without violence against children? Children can” Produced by the Partnership to End all Violence Against Children 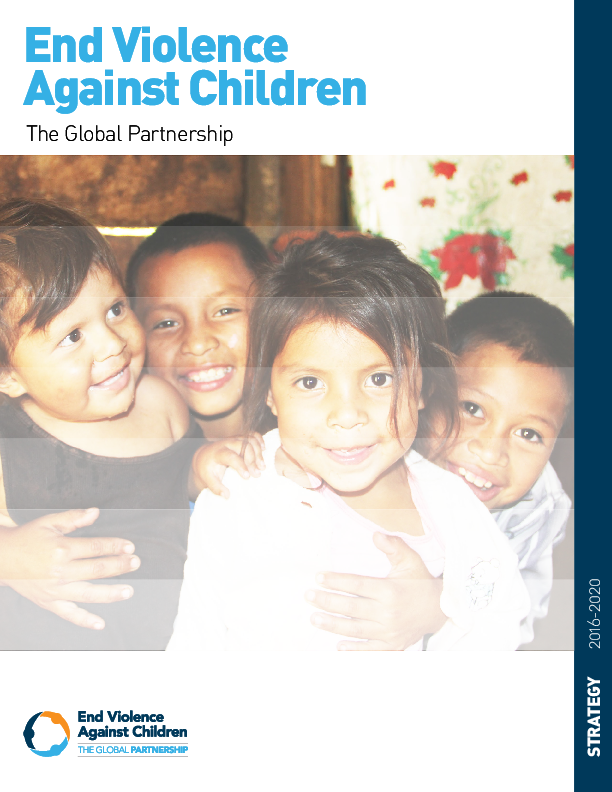 To deliver on the Sustainable Development Goals&nbsp;(SDGs)&nbsp;targets relating to Violence Against Children (VAC),&nbsp;we need to harness the power of governments, the private... View Full Abstract

The year 2015 has witnessed extensive progress towards universal prohibition of physical and humiliating punishment of children, more than half of UN member states have now... View Full Abstract 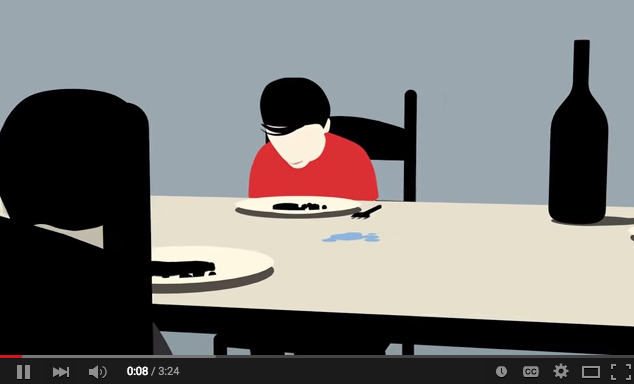 Save the Children’s Child Protection Video

The Child Protection Initiative has produced an animated video that communicates Save the Children&#8217;s child protection work and the impact on children&#8217;s lives as seen by... View Full Abstract 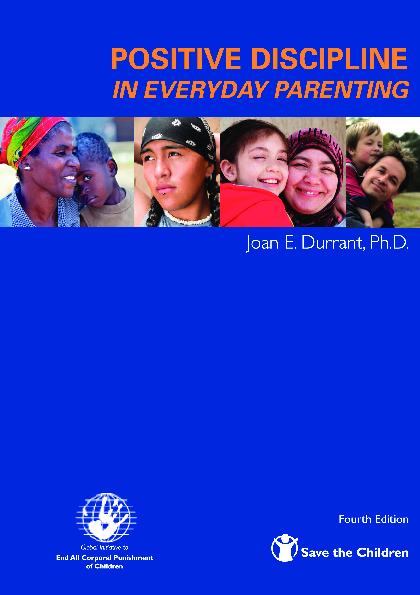 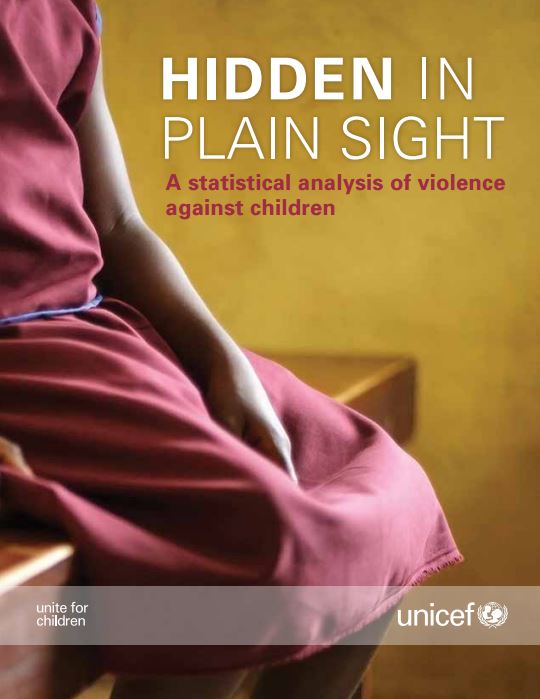 Hidden in Plain Sight: A statistical analysis of violence against children 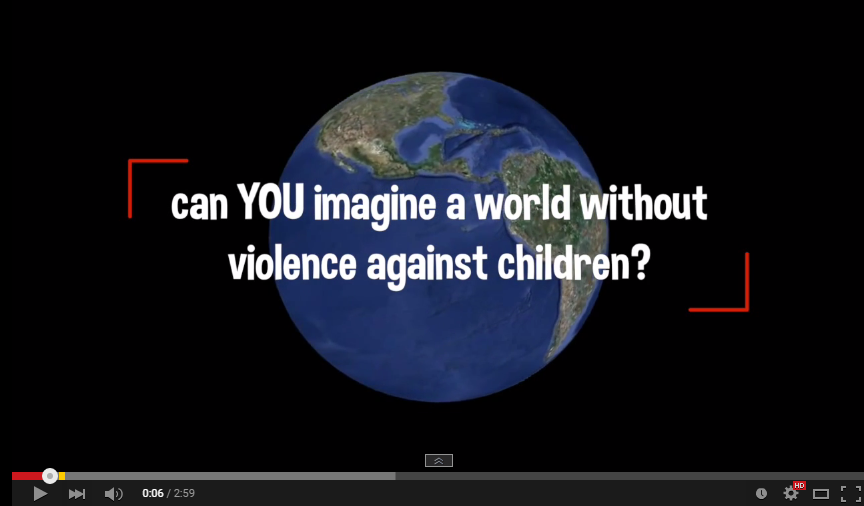 Can You Imagine a World Without Violence Against children? Children can

Produced by the Global Partnership to End Violence Against Children, this video shares children’s dreams of the future: a future without violence against children.The Global... View Full Abstract 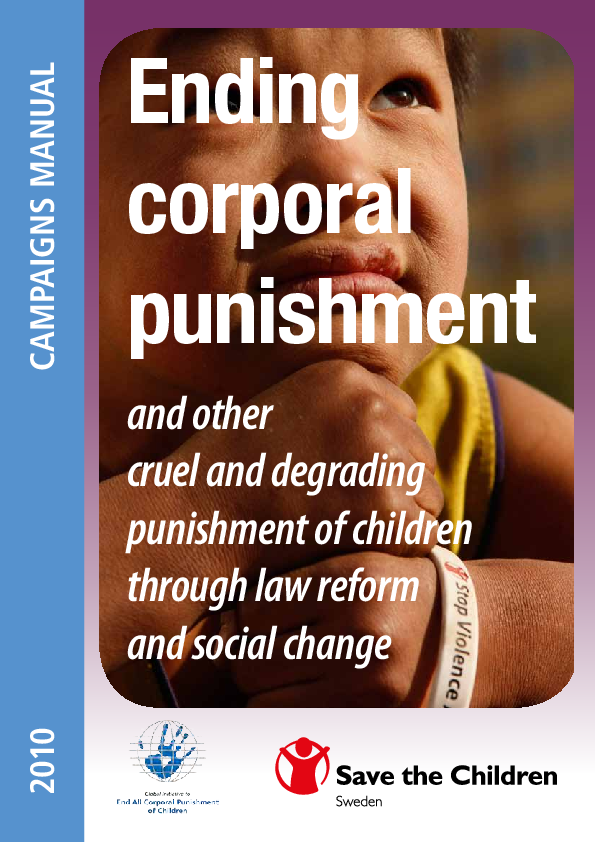 2010 · Global Initiative to End All Corporal Punishment of Children

All over the world, children are hit and hurt by adults responsible for their care and attention. In a minority of countries &#8211; though far too many – children in conflict with... View Full Abstract 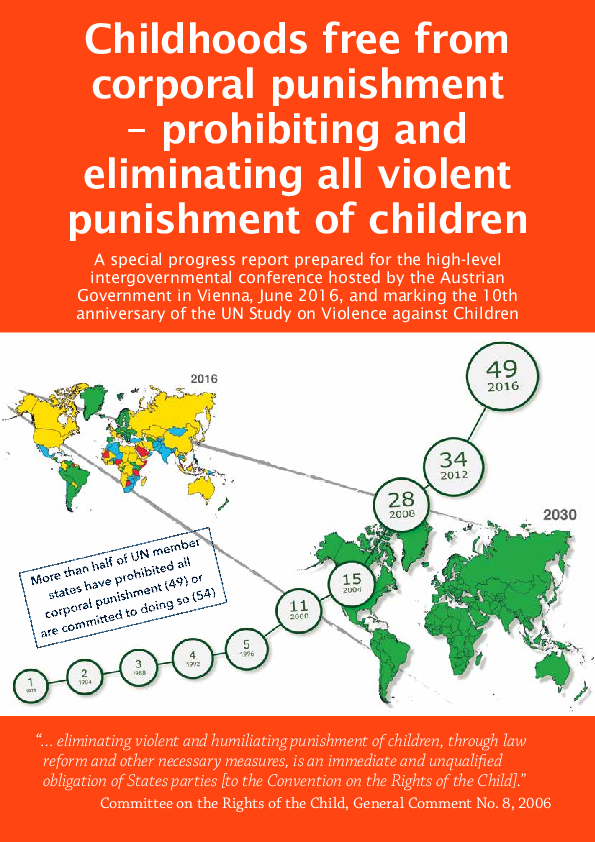 2016 · Global Initiative to End All Corporal Punishment of Children

If states can be convinced to work strategically together, 2030 is now an entirely realistic deadline for achieving universal prohibition of violent punishment of children and its... View Full Abstract